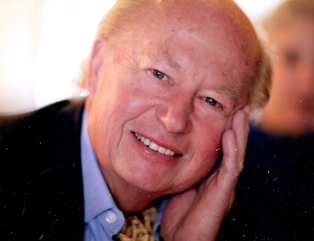 Leshek Zavistovski was born in Warsaw, Poland in 1938 on the eve of war. In post-war Warsaw he studied the cello, winning the Polish National Cello Competition in 1958. He received his Masters Degree from the Warsaw University Music Academy and became the youngest member of the Warsaw National Philharmonic in 1959. Leshek was a founding member of the Musicae Antiquae Collegium Varsoviense and the Warsaw Chamber Opera before defecting to the United States in 1964. He became an American citizen in 1973.

During his first years in America, Leshek studied at the Juilliard School of Music and participated in the Aspen Music Festival as a Young Artist of Aspen, where he co-founded the Vaghy String Quartet and recorded quartets by Mozart and Shostakovich Quartets. In 1965 Leshek was appointed Associate Principal Cello with the American Symphony Orchestra under Leopold Stokowski and became a full-time member of the Metropolitan Opera Orchestra in 1966.

Leshek married Jascha Heifetz’ student and Met Orchestra member, violinist Toni Rapport, in 1968. Together they performed in the Estoril Music Festival in Portugal and Rhode Island’s Newport Music Festival. In 1969 they formed the Bergson Trio concertizing nationally, including Alice Tully Hall (New York’s Lincoln Center) in 1971 and 1976, playing the New York premiere of Leonard Bernstein’s Piano Trio. Toni and Leshek went on to found and direct the Newport Opera Festival in 1978 and continued to perform with the Metropolitan Opera Orchestra until 2002.

After moving from New York City to Santa Fe, New Mexico, Leshek began sculpting. He has received commissions from violinist Pinchas Zukerman and the University of New Mexico’s Cancer Center, among others. To view his sculptures, you can visit his website: www.leshekzav.com.

Children and Fish Don’t Talk is a story of survival and the courageous adventures of an immigrant escaping the ashes of post-war Poland to find freedom in the West. This is his first book, with more to come.