From the November 2013 issue: " . . . SUSAN GRAHAM hosted the launch of Children and Fish Don't Talk, a memoir by LESHEK ZAVISTOVSKI, a cellist in the Metropolitan Opera Orchestra from 1966 to 2002. Zavistovski's book, which recounts his life in Europe during World War II and the Cold War as well as his work in music, was written in collaboration with his daughter, filmmaker Monique Zavistovski, and his wife, Toni Rapport Zavistovski, former violinist in the Met Orchestra (1968-2002)." 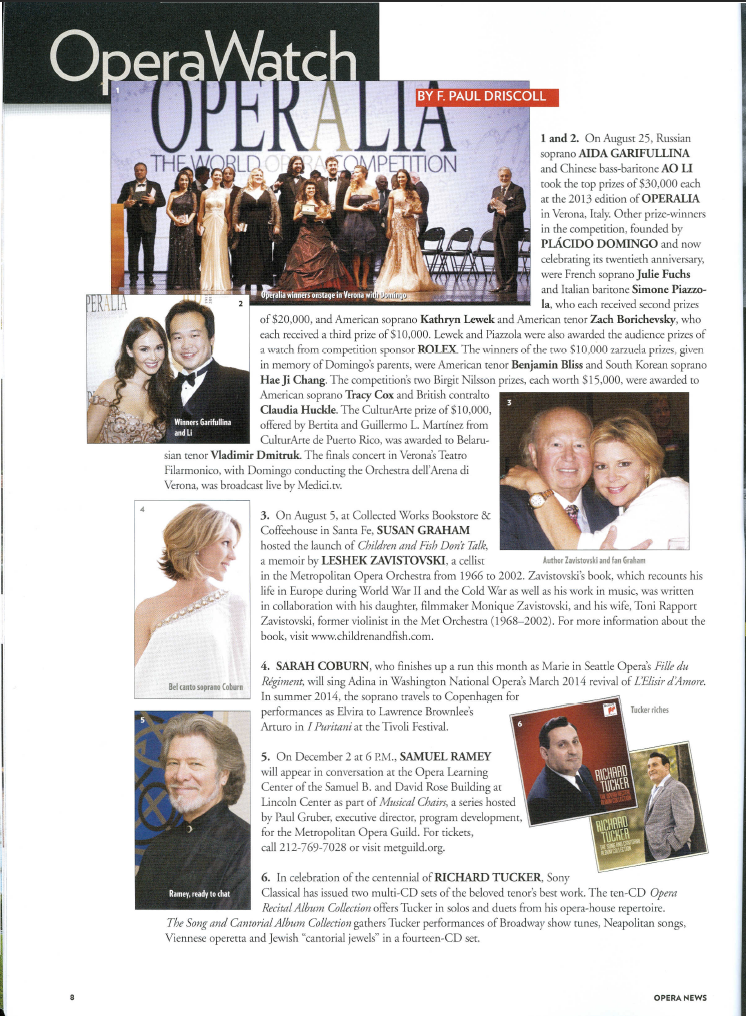